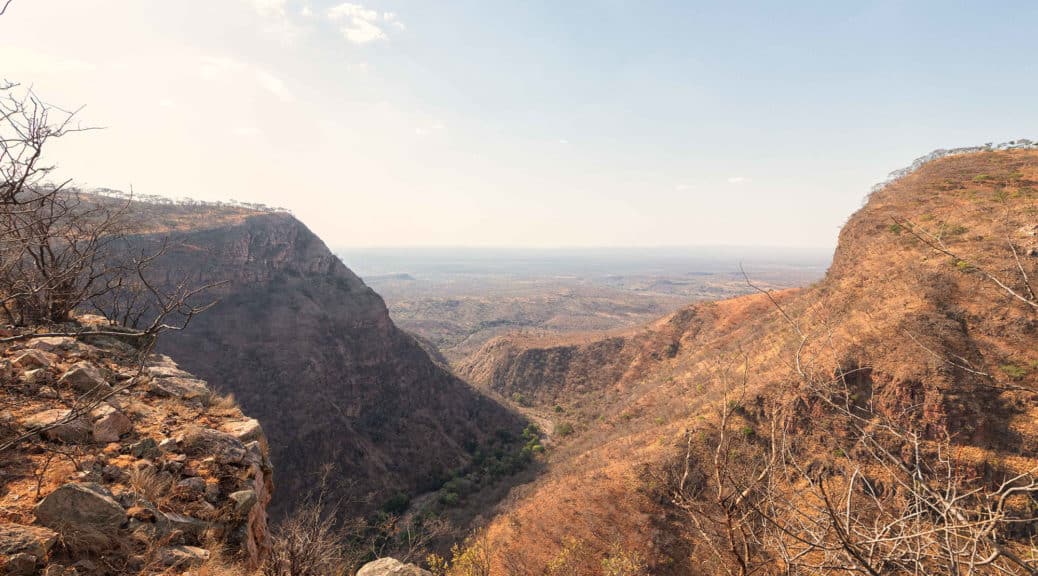 Tell us about Chizarira National Park?

‘Measuring approximately 2000 km2, sublimely lies on the Zambezi escarpment, bursting with an enormous variety of flora and fauna, Chizarira National Park is one of the most rugged, untamed and pristine national parks in Zimbabwe.

Whether it is very rough terrain, magnificent rivers, thick impenetrable bushes, open scenic plains or wonderful forests Chizarira has it all.

Arguably Zimbabwe’s third largest National Park and indisputably the most remote wilderness area, Chizarira national park derives its name from the  Batonga word “Chijalila” which means “The Great Barrier”, an orientation of phenomenal mountains and copious hills that form a fabulous portion of the Zambezi Escarpment.

The terrain in the park is craggy, punctuated with rugged mountains, intensely incised by gorgeous gorges and awesome gulches.  In the intensely impenetrable valleys, sandwiched by the unique open plain rests the lush vegetation comfortably suckled by vibrant natural springs. This has made the park an amazing place to appreciate nature.

Chizarira National Park is home to four of the most sought after big five, which are: the Leopard, the African Elephant, the Buffalo and the king of the jungle, the Lion. Also found in the National Park is the Kudu, Waterbuck, Eland, Common Duiker, Nyala, Hyena, Impala, Antelopes, Wildebeest, and many other lovely small plains games.

In addition, there is a five-kilometre long astonishing gorge, which is home to many varieties of birds which includes many types of Eagles – the Taita Falcom and the infrequent Angolan Pitta, the rare summer visitor’. 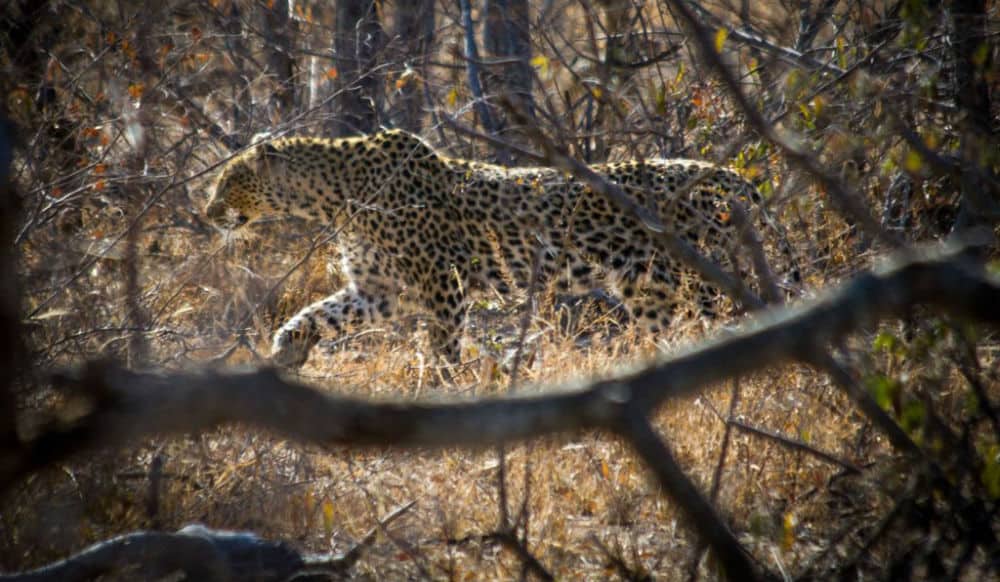 Why has ALERT decided to get involved with Chizarira National Park?

ALERT has therefore adopted a responsible development approach to conservation which includes the upliftment of local communities alongside the protection and conservation of wildlife and habitat.

On 11th January 2017 ALERT signed a Memorandum of Understanding with the Zimbabwe Parks and Wildlife Management Authority (ZPWMA) to assist Chizarira National Park in terms of research, upgrading facilities and working with surrounding communities.  The MoU extends into Chirisa Safari Area.

ALERT is partnered with National University of Science and Technology and have an MOU with the Natural History Museum in Bulawayo Zimbabwe.  We have partnered with WWF to carry out a human-wildlife conflict mitigation study of buffer communities surrounding Chizarira and will be working with CIRAD to implement some of the mitigation strategies.

For more than 30 years no in-depth research work has been carried out in this area. The protected area managers do not know the status and numbers of wildlife that occur in the area. Due to the current economic climate in the country the park and the isolation of the park, the park has been neglected which has had a knock-on effect on wildlife….. poaching and animal species.  We endeavour to:

#1 Research and repairs at the Park.

We have agreed to concentrate on research and community programs.  Initially ALERT assisted with water supplies, minor bridge and road repairs, and also bought camping equipment for the rangers. An abandoned group of buildings has been renovated to provide accommodation and facilities for researchers (both local and foreign). We will also invest in advertising the Park to increase visitor numbers which will increase revenue earnings for the Park and provide a presence in the park which in itself is a deterrent to poachers.

Protection of the Park and the habitat will not be successful unless the surrounding communities’ reliance on natural resources is reduced, that they feel that they are part of the management of the Park, and are receiving benefits from it.  A variety of social development programs in adjacent communities will be undertaken to improve food security and conventional education and provide conservation education and vocational training.

#3 The research will be undertaken on the existing wild population.

that is currently below the carrying capacity of the Park, to assist in the management of this largely isolated population. No research has been carried out in this Park for over two decades.  ALERT scientists will be carrying out research in a variety of areas to ensure that the Park is able to maintain biodiversity, that ultimately is able to support the lion population, and produce benefits for neighbouring communities.

Aim of the Chizarira Lion Research

The Chizarira ALERT research team seeks to determine the population dynamics of the Lions in Chizarira National Park. The lack of adequate information about the Lion population within the area hinders the implementation of strategic and effective conservation efforts of the species and its habitat.

This research seeks to determine the population density, population trends, demography and to identify existing and potential threats to local Lion populations in Chizarira National Park.

During the month of May 2019, the ALERT research team conducted an online GPS tracking of a collared lion identified as 2170 who has an active GPS-VHF collar. 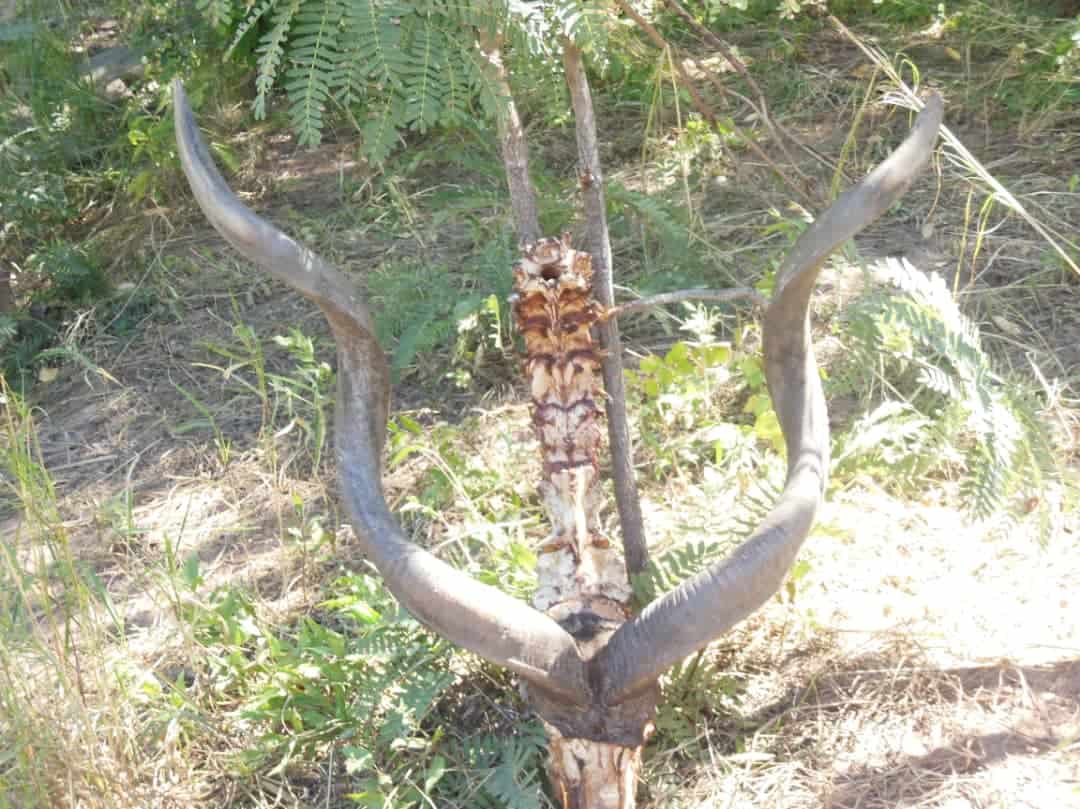 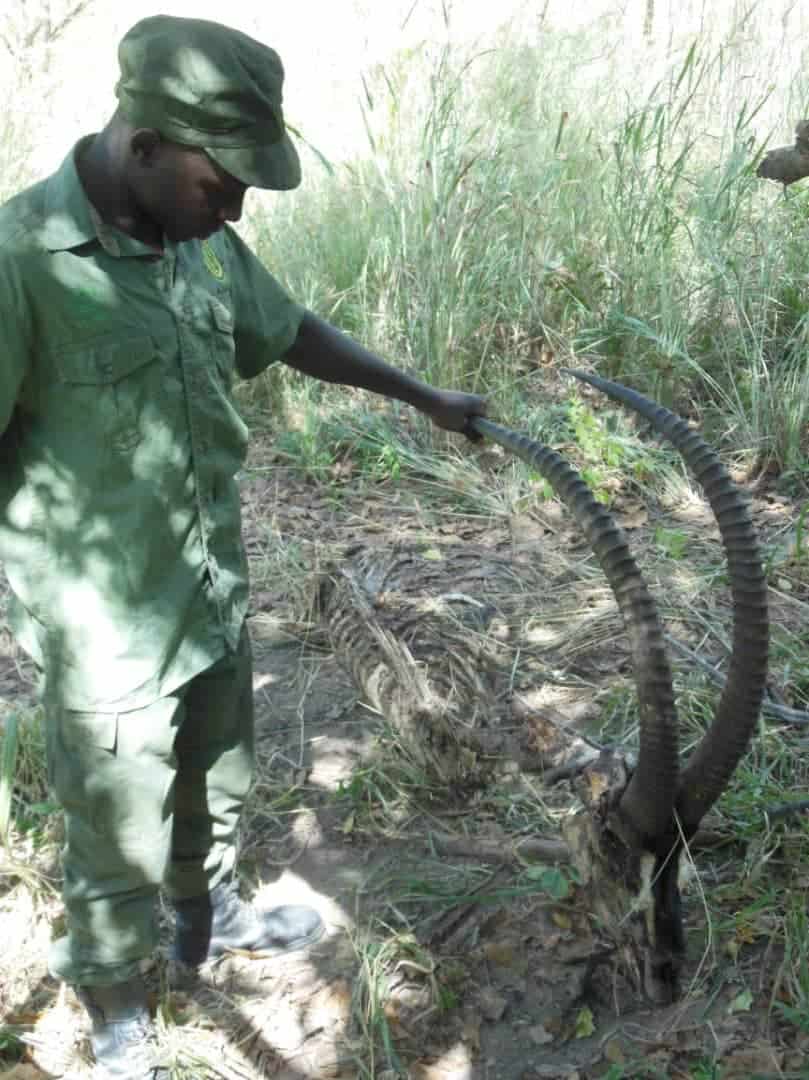 During the month of May, a lioness and two young cubs (a month old) were seen by the Mucheni river bed. The lioness and cubs were by a waterbuck kill site and luckily, they were not that skittish even for tourists that saw them.

The ALERT team set up camera traps around the Mabola- Mucheni river bed area and got pictures of the cubs, Male lion spoor was seen along the main roads but it was not seen at any point. 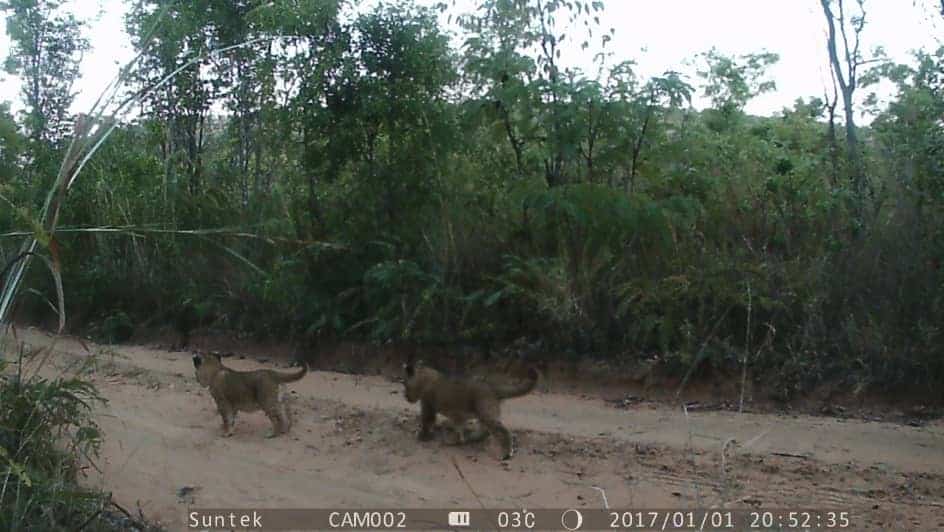 25 individuals of the crested guineafowl were seen by Mucheni gorge.

ALERT supported and played a pivotal role in the Binga Marathon program that occurred on the 18th of May. The Marathon focused on educating people about dealing with human-wildlife conflict. It covered every age group from young primary school children to the elderly.

This was an essential stage for ALERT and other notable organizations to enlighten the local people about reducing and handling human-wildlife threats. 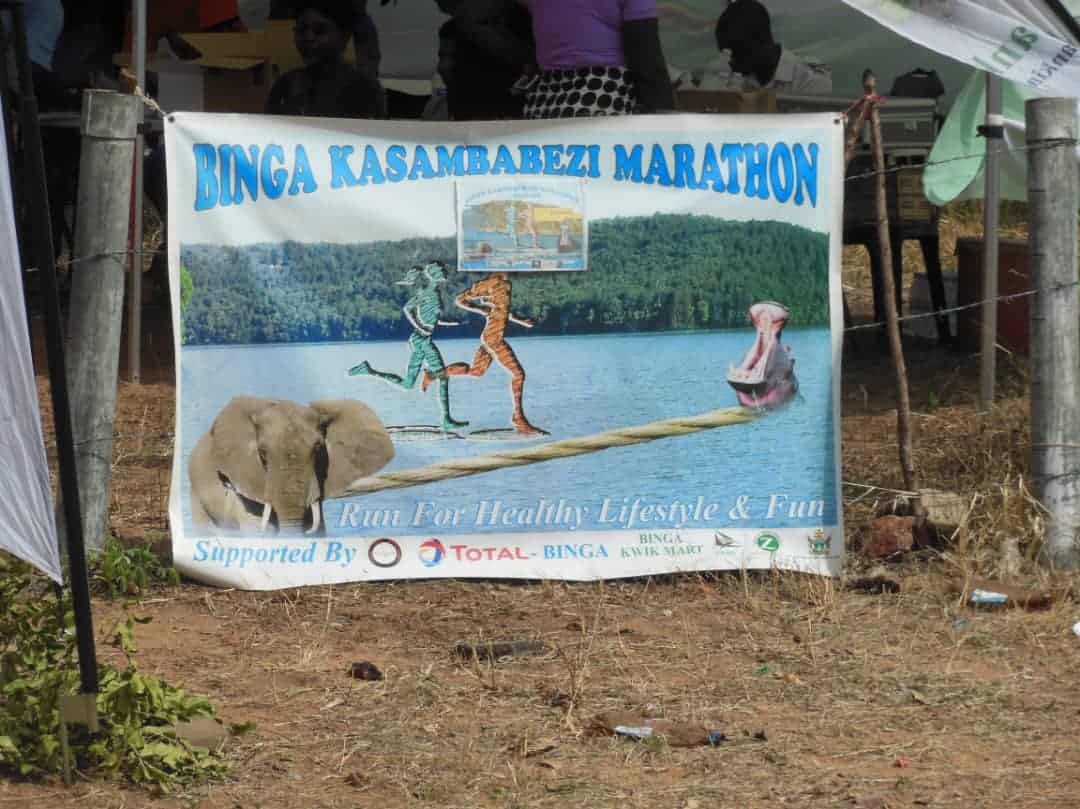 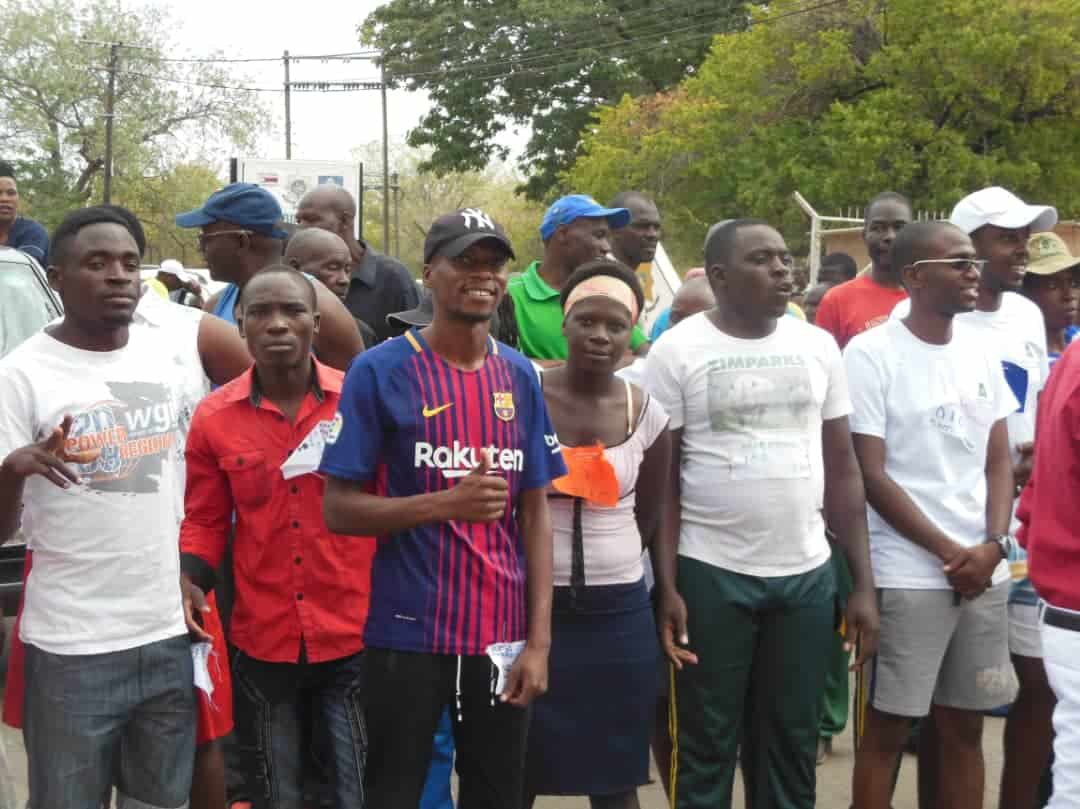