Preserve The Future Of Lions In Africa

Get ready for real insight to lion conservation and gain valuable knowledge about what it takes to care for the future of lions of Africa; alongside getting involved with incredible wildlife activities.

Lion & Wildlife Conservation is at the heart of Antelope Park. The King of the African eco-system has been declared as a vulnerable species by the IUCN and it needs to be saved.

We are committed to finding a solution, to ensure the African lion will always have a place on this planet alongside other iconic animals. 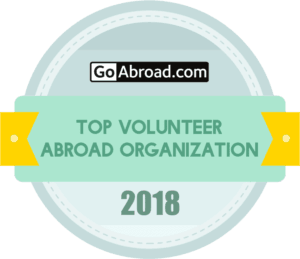 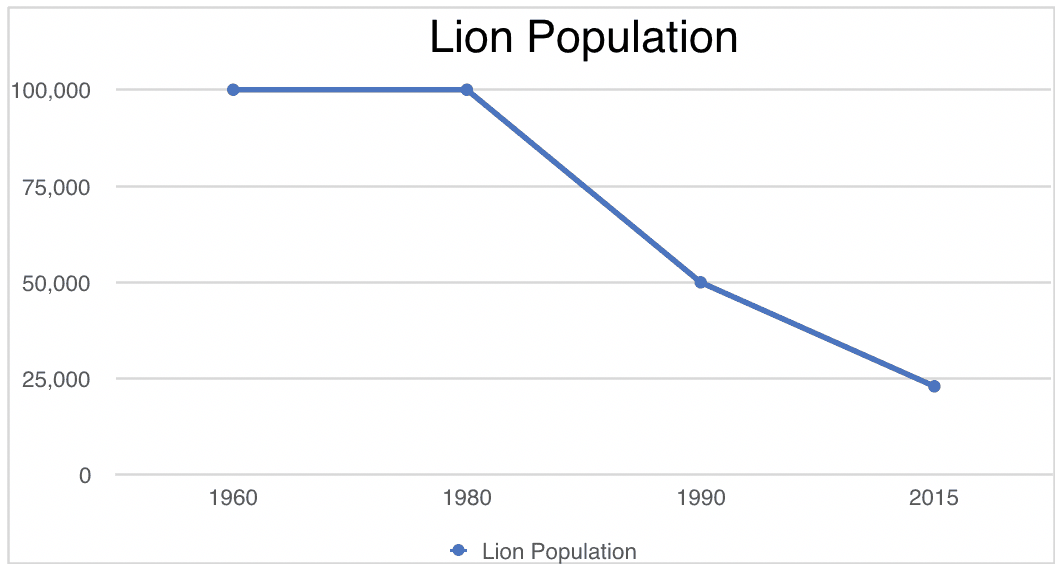 One Of The Biggest Losers

This table demonstrates the importance of lion conservation efforts, and the help required, not only by us, but throughout the African continent.

As can be seen, the lion is not the only species that is facing steep decline. Wildlife care, rehabilitation and research is a must for preserving many endangered animals and the ecosystem.

How Many Lions Are Left In The World?

There are an estimated 22,000 lions remaining today.

… and this is precisely why lion conservation efforts are necessary today!

Why Are Lions Endangered & The Threats They Are Facing?

There are many reasons for the decline of the mighty lion, some of which might well surprise you!

Africa’s most iconic animal prefers open grassland savannahs as its habitat to hide from threats and its pray, making it the top predator of the continent. However, one of the biggest factors that contribute to land occupation are humans.

Human / lion conflict is immensely contributing to the decline of lion numbers (not to mention other wildlife). As we encroach further into their land, it becomes near impossible for them to survive (lions have only 8% of the land they once had 100 years ago).

A big factor is farmers, whereby farmers do everything to protect their livestock as this is their livelihood. Cattle farmers are killing lions by means of shooting, poisoning and trapping them and therefore contributing in the decline of numbers. What’s ironic about this vicious cycle is that with more land being occupied by humans, the lion has less habitat to hunt in and has to adapt to finding food, such as killing livestock.

One solution we are working on is in finding ways to help farmers coexist with lions and any other carnivores rather than killing them. We do this by working closely with our partner ALERT

Other Factors Contributing To The Decline Of The African Lion

We are proud to work alongside our trust, ALERT (The African Lion and Environmental Research Trust,) to help ensure the future of the African Lion and to implement our lion conservation & rehabilitation program. Alongside ALERT, we are at the forefront of an innovative world-first lion release program.

Daily lion interactions include wandering alongside our cubs* during the day as they develop their natural hunting instincts. Take part in exciting behaviour enrichment sessions to stimulate the lions natural behaviours, down to the nitty gritty of vital care and maintenance. This rare and unique opportunity is calling you!

So, are you ready for a unique and unforgettable experience? If so, get in touch about our conservation projects we have on offer?

* We have stopped Lion Walks at Antelope Park since May 2019. This is so we can focus on the later stages of our release program. 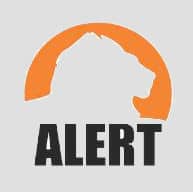 As A Volunteer, You Will Get To…

Bring out your creative side as you take part in exciting behaviour enrichment sessions, designed to stimulate the natural behaviours our resident lions, with toys made from organic materials.

As bonusHave you ever imagined walking alongside the mighty African Elephant?

There are no other creatures on the planet as majestic or magnificent. Care for and accompany our four rescued elephants. Take a stroll through the bush in the presence of giants.

Other Volunteering Activities You’ll Be Involved in: 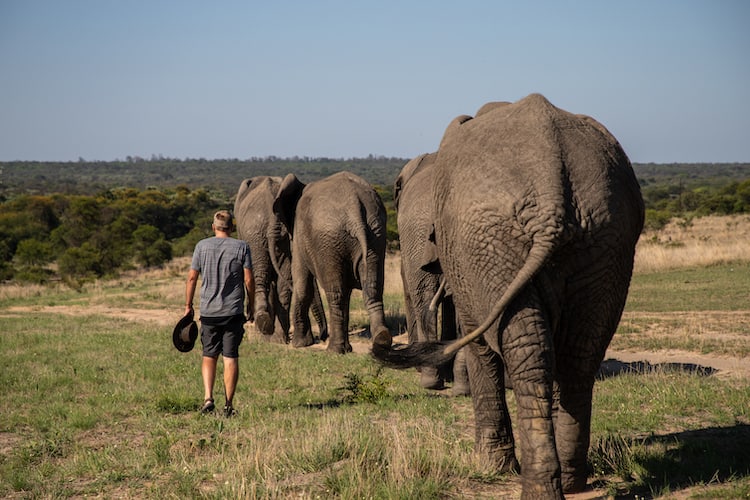 Got any questions about lion conservation? Just ask!

Why This Conservation Project?

A volunteering experience is one of the most incredible things you can do and has the power to change lives in more ways than you could imagine.

The work that is happening on the ground is changing the face of wildlife conservation.

But our projects are about more than the work on the project, but also the experience beyond volunteering.

It’s your turn to work with wildlife and make your footprint on conservation. But be careful not to by the Africa bug.

Africa has the habit of sinking into your soul and changing your life. So if interested, you can discover more about our lion conservation project and how YOU can help save this majestic creature and its habitat. 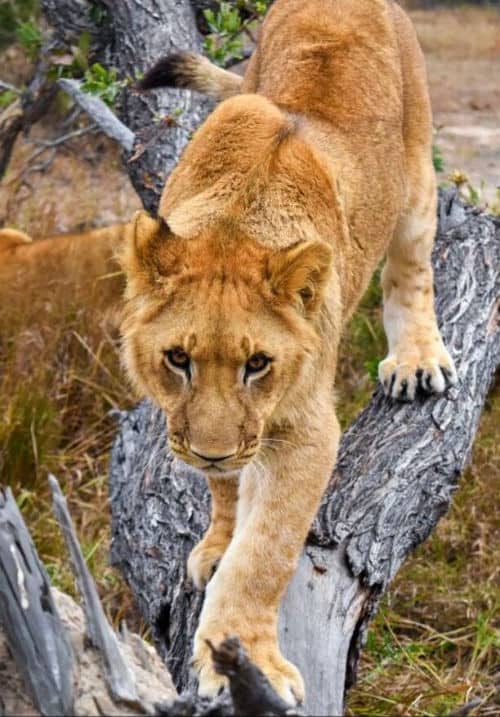 How ALERT Is Helping

Alongside ALERT, we are changing the face of conservation with our ground-breaking conservation program, of which we have a plan in place to release lions back into the wild.

With over 15 years of extensive research, from our highly experienced, qualified team behind it, we have full confidence that our program will succeed, and can act as a micro-model, to be implemented all across Africa and ultimately save the lion and other wildlife.

The wild-off spring of our resident lions, who have been raised with no human interaction will be introduced into secured, fenced and protected game parks.

The cubs who are born to our resident lions are raised by our experienced animal handlers and are introduced to their natural habitat through lion walks, which our volunteers are involved with.

The purpose of these walks is to replicate exactly how a cub would become accustomed to the bush in the wild and to create the essence of a “pride,” to encourage the lions in natural play and to bring out their natural behaviours and instincts.

In the later stages of phase 1, post walking our cubs are introduced today and night encounters; where they are free to roam the park, following a vehicle, exploring their natural instincts further. The kill rate on these encounters is a very impressive 40%. 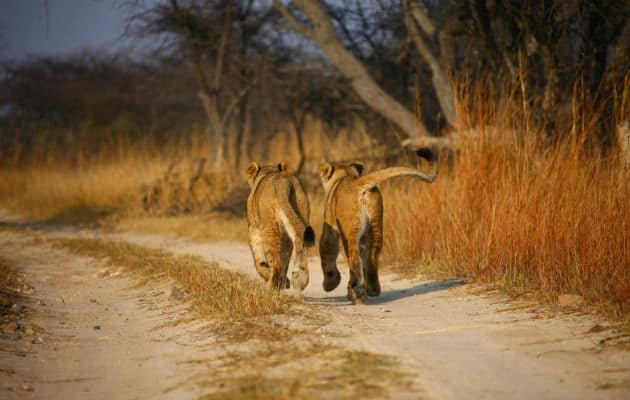 Lions, who have participated in phase 1 of our program, are released into fenced, managed and secure semi-wild environment, where they have the opportunity to function as a wild pride, without any form of human interaction.

Our volunteers are fully engaged with researching these stage 2 lions, within the semi-wild site from our research vehicle.

Through conducting vital research on all forms of developments, from hunting skills to character traits, behaviours and physical traits of these wild lions. We plan to have many more of these release sites in the future, with the help of ALERT’s supporting partners to raised vital funds for expansion.

Our release pride have already demonstrated their wild and natural instincts within the model release site, as they have already killed over 600 Antelope, in a pride of 11 lions. 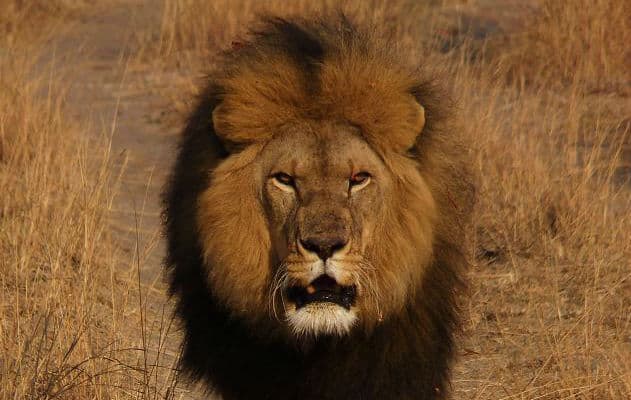 Phase 3: Reintroduction Of Lions Into The Wild

The final step for our release program. Our Phase 2 wild cubs in the semi-wild environment; following over 10 years of research of their social cohesions and stability as a pride; are translocated for reintroduction into fenced, secure and protected game parks.

As part of our multi-phase program, we plan to release 4 wild lionesses into the Wild. ALERT is looking for an appropriate national park or reserve that is looking to restore the declining population.

We have 3 key points for our released lions:


This is an important part of the program to ensure our lions have more chance of survival in the wild. 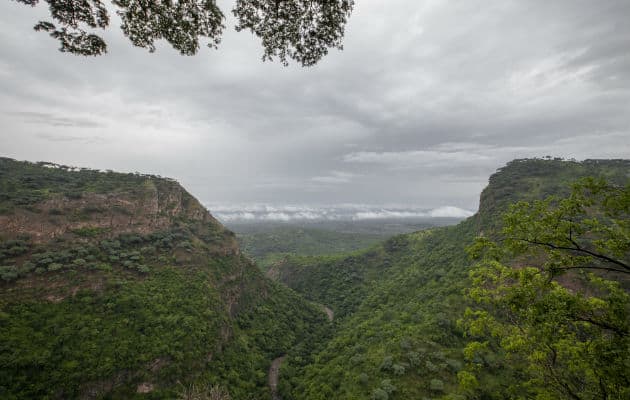 Explore Our Other Volunteer Projects 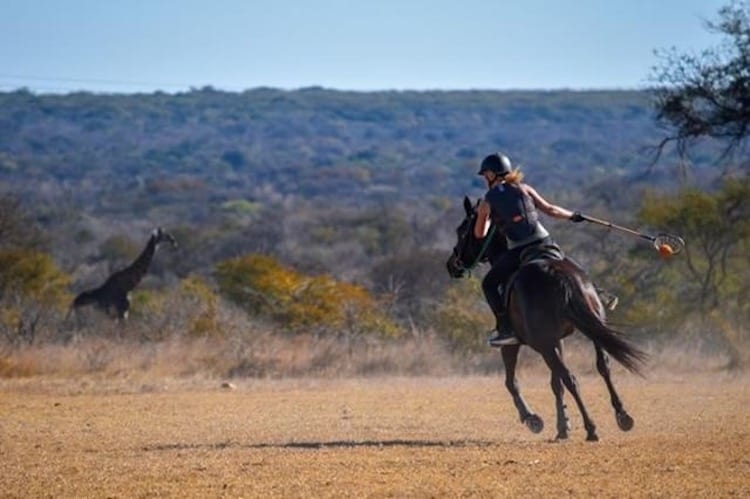 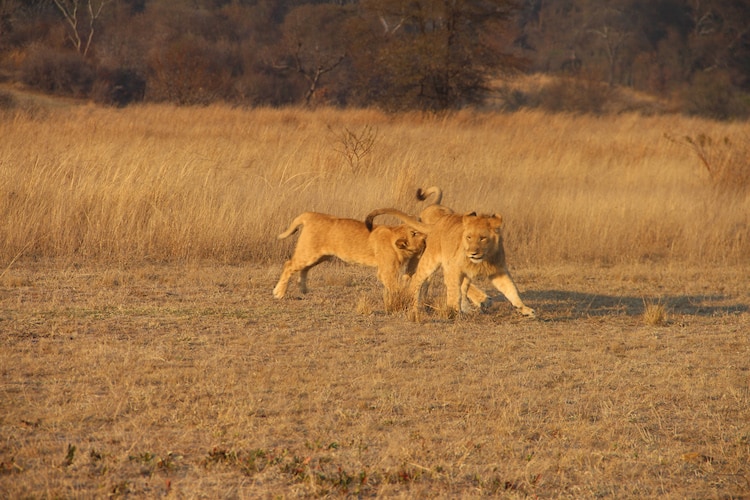 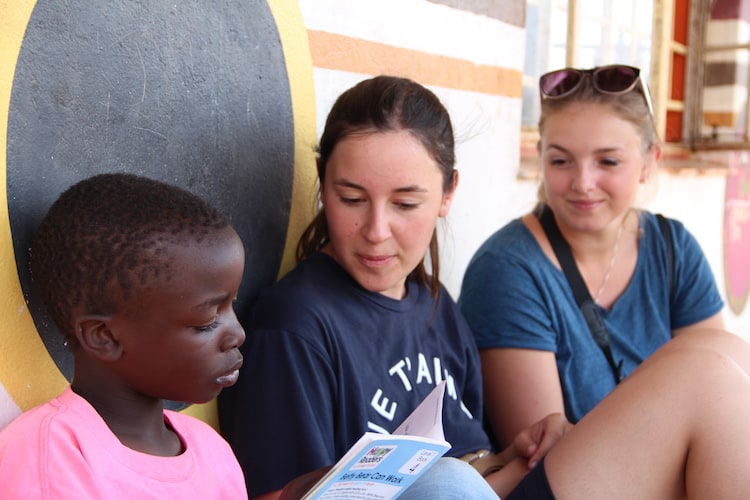 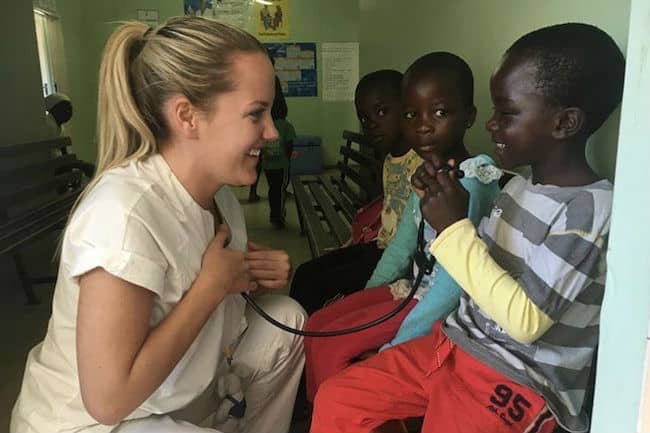 Want To Be A Lion Conservation Volunteer?↓ 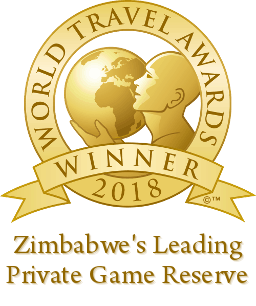